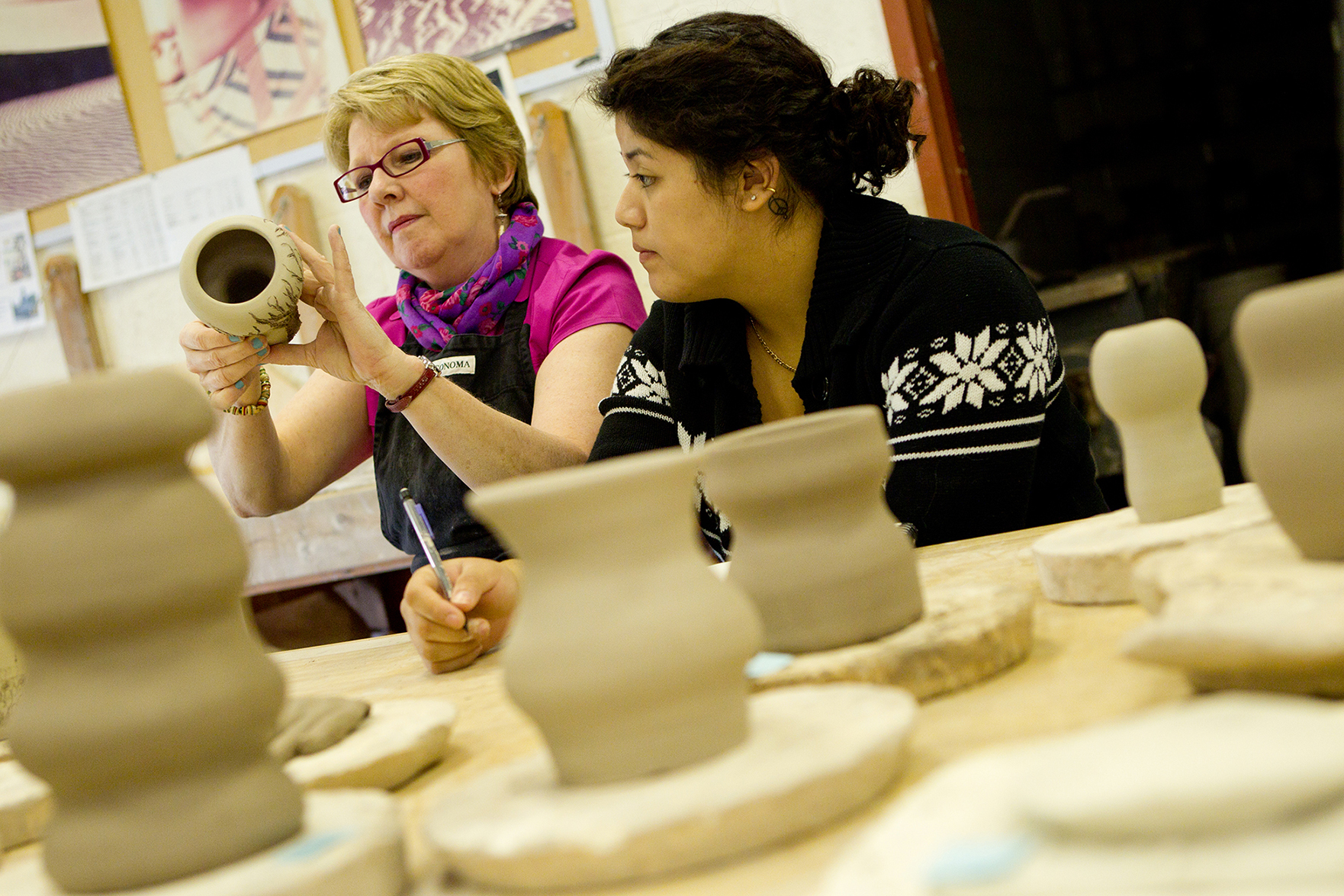 Pittsburgh has long ago shed its smoky city image, though it is proud of its contribution to the steel industry.

These days, Pittsburgh, which often appears on lists designating it the “most livable” or “best food town” or “underrated gem,” is also a major player in the higher education sector.

The presence of so many top-notch institutions of higher education is one major key to the city’s’ growth and development from an economic standpoint, as well as from a livability standpoint.

Higher education is a tremendous asset to Western Pennsylvania and plays a direct role in bringing jobs to the region, keeping students in town after graduation, and helping to form, and cement, a vibrant and diverse community.

Thirty years ago, Pittsburgh’s manufacturing-based economy suffered, with job losses and people leaving the area. Higher education has directly related to Pittsburgh’s economic recovery as well as its post-recovery and growth.

Chris Briem, economist at the University of Pittsburgh’s Center for Social and Urban research, explained, “Part of the fundamental story of change is the diversity that has occurred in our regional economy. What has grown, and has provided the region more stability, is the growth of ‘eds and meds.’”

The growth of both student enrollment and university-based research in the medical field, largely at the University of Pittsburgh, he said, are tied together.

For example, though UPMC and the University of Pittsburgh are now separate entities, the two have a synergistic relationship. The existence of such world-renowned health facilities in Pittsburgh means that many of the local universities attract research and development talent.

Medical research is only part of the picture. Up the road from Pitt, Carnegie Mellon University (CMU) has long been at the forefront of technological research. To a large part based on these efforts, the region is emerging as a leader of jobs in the autonomous car space and in robotics and Information Technology, for example. “The number of companies in the education technology space and more broadly in the learning space is becoming a regional strength,” said Norman Bier, director of the Open Learning Initiative and the Executive Director of the Simon Initiative at Carnegie Mellon University.

One hundred and seventy tangible examples are start-ups that have emerged from Pittsburgh Council on Higher Education (PCHE) schools, including 100 from CMU alone.

“In 2011, the research activities of the two universities combined went over a billion dollars for the first time,” said Briem.

The research arms of Pitt and CMU have helped to bump Pittsburgh into the national spotlight, which in turn, has resulted in a greater number of students applying to these schools from outside the region.

“Pitt has seen a shift. A half century ago, it was very much a regional institution but now, more and more students come from elsewhere in the U.S. and internationally. International students are a big part of higher education these days,” said Briem.

In fact, he added, compared to other states, Pennsylvania as a whole is the net largest attractor of college students. “Pennsylvania is gaining more students for folks coming here to college than we are losing to folks going to other states for college.”

Think of higher education as a commodity. “Money and growth comes from what you sell to the rest of the world, like steel back in the day. If you just educate folks in the region, that is important, but in terms of generating money to Pittsburgh and translating into economic growth, the fact that we are exporting this service—higher education—is a big chunk of the local economy,” said Briem.

The Western Pennsylvania region abounds with a myriad of top-ranked colleges and universities.

Ten such accredited colleges and universities are within Allegheny County, all of which are members of the Pittsburgh Council on Higher Education (PCHE), a voluntary consortium in which members share resources, recruitment efforts, and engage in cooperative activities, such as the ability of students to do cross-college credit transfers and registrations.

A like-minded organization is the Beaver Area Higher Education Consortium, of which Community College of Beaver County (CCBC) is a member, along with several other Beaver County institutions. CCBC, for example, has at least 600 articulation agreements with four-year institutions. Not only are they ensuring that credits transfer seamlessly, but they work with other regional colleges to cosponsor cultural events and to raise scholarship funds.

“The only way that could happen is everybody coming together and realizing it is a win/win/win. Everybody gains from working together; without it, we couldn’t have integrated pathways that are needed to rise to the opportunities that are before us. The outcome is greater than the sum of the parts,” said Dr. Chris Reber, CCBC’s president.

The benefits that accrue to the Greater Pittsburgh Region from its colleges and universities go far beyond the direct provision of educational services and training to thousands of area citizens. Our educational institutions represent a formidable engine for maintaining and enhancing our quality of life.

Besides eds, meds, and technology, other industries are also attracted to the area, which can present new employment opportunities for residents. But to grab those opportunities, the workforce must be prepared, so colleges and universities will often beef up their curriculum, or even create new fields of study, to meet the projected demands of the workforce.

For example, when the Shell Corporation announced that it would build a six billion dollar ethane cracker factory in Beaver County, CCBC was quick to respond to the projected demands for employment in the petrochemicals industry.

“CCBC is providing leadership to develop and offer programs that are needed to train a workforce to take advantage of thousands of jobs that will be created, both short and long term, as a result of this plant,” said Reber. The plant will be built a mere two miles from campus.

“As a comprehensive public community college, our mission is to support the needs and the priorities and the vision of our community; that is our reason for being,” he added.

Working with educational and corporate partners, and in conjunction with a National Science Foundation Grant, CCBC has developed a curriculum specific to the needs of the forthcoming petrochemical plant.

Reber believes that the plant will have a transformational impact on the region’s economy, as it will create many new jobs, and CCBC aims to provide the training to insure that the local workforce will be able to fill the jobs. And the jobs that will be created are projected to be from the ground up—from construction of the plant to factory employees.

Reber calls this opportunity “…a very palpable example of how higher education is at the center of contributing to the region’s economy and economic development. It is estimated this plant could inspire ten thousand or more jobs in our region; it will have a ripple effect on the whole community.”

The location of ten colleges and universities within the limits of Allegheny County means that tens of thousands of students have the opportunity to explore the Pittsburgh area and its vibrant cultural offerings; culture, diversity, and economics collide in this region.

“Beyond the economic impact, the kinds of people the institutions bring to this city really make the town what it is,” said Bier. Pittsburgh has a remarkably diverse population, which is reflected in its university student body.

“The role the institutions have played in the reinvention of the city means that when you think about Pittsburgh as a livable city, part of what you’re thinking about is Pittsburgh as a tech center, a green city, a center for higher education, and universities have really contributed to that,” Bier added.

Pittsburgh’s history as a home for industrialists and philanthropic investments in the Greater Pittsburgh Region has given rise to a disproportionately large cultural scene for a city of our size. Add in the food scene and the reasonable cost of living, and that begs Bier’s question, “Why wouldn’t you want to go to college here?” mg

The Economic Picture—Strength in Numbers

The numbers tell the story. Using data compiled between 2012-2013, PCHE reported that the ten schools that comprise the consortium educate more than 54,000 full-time, 24,000 part-time, and 20,000 non-credit students annually. Also as reported by the PCHE, the economic impact of Pittsburgh’s colleges and universities is considerable.

Together, the PCHE schools employ nearly 25,000 individuals and have a combined economic impact in the billions of dollars.

Some of the specifics:

*Economic impact data was compiled with the assistance of the Association of Independent Colleges and Universities of Pennsylvania.

Also, one in four jobs in the city, which translates into 70,000 jobs, is directly related to higher education, said Bier. This includes everything from employment at universities to visitor spending, construction of new buildings, and much more.